A Brief History of Coffee

The Ultimate Guide to Coffee > Where Does Coffee Come From? > A Brief History of Coffee

The Different Types of Coffee Beans >

How Coffee Was Introduced to the World

In this part of the guide we’re going to give you a complete sense of where coffee first originated, and how it found its way to Europe, America, and beyond. We’ll also explain where the biggest producers of coffee can be found today.

Coffee is the world's most valuable traded natural commodity, consumed and produced worldwide. The prized and storied coffee bean has a wild origin but global exploration gradually introduced it to roughly 70 different countries that today cultivate this plant.

These countries are widely referred to as "the bean belt".

Where Did Coffee Originate?

Coffee is thought to have originated in Ethiopia, where coffee beans have been depicted in Ethiopian paintings dating all the way back to the 13th century.

Most people would agree on the fact that coffee first spread throughout the Middle East before reaching Europe, Africa and Asia, but there are many stories about how it was first discovered. 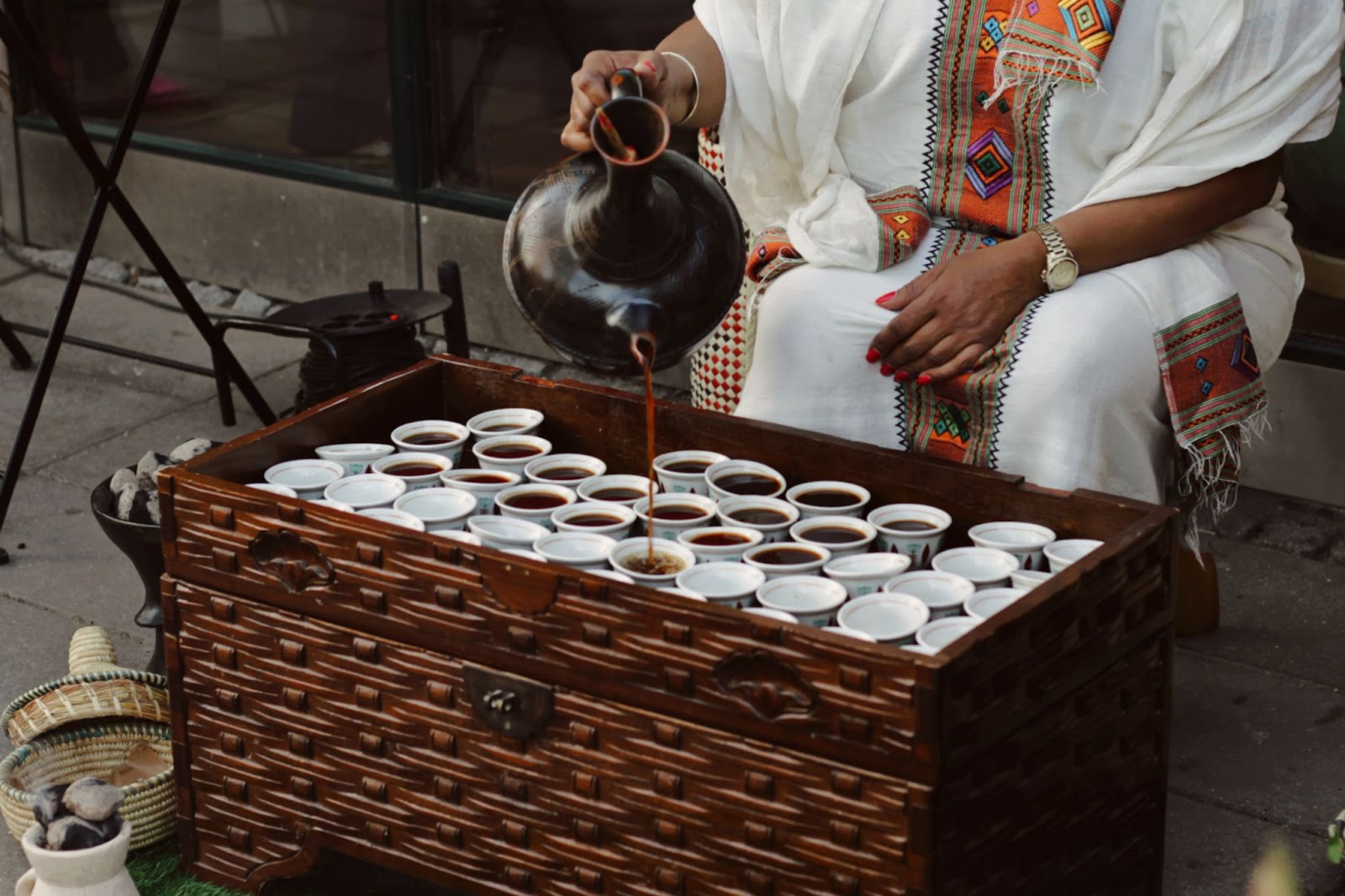 One suggests that nomadic tribes would grind up coffee beans with animal fat and eat them as an energy bar when going on long hunting trips or journeys.

Another story suggests that monks living in Ethiopia were the first to discover coffee's energizing effects while they were fasting because it would help them stay awake longer to say their prayers all night long.

Of course, as you may have read in Coffee 101, some believe that coffee berries (more commonly referred to as cherries) were first discovered when a goat herder found his goats looking particularly overstimulated and put 2 and 2 together.

In any case, coffee as a beverage was likely first introduced to Europe in 1615, most likely most likely from the Middle East where coffee houses first emerged in the cities of Aleppo and Instanbul. This is where coffee was probably first brewed in hot water.

It became very popular and spread rapidly through Venice's trade networks all over western Europe within decades1.

The business of coffee eventually began to develop.

By the 1650s, commercial lemonade vendors in Venice were selling it alongside their other goods.

Eventually the first European "coffeehouse" was opened sometime shortly after.

Initially, coffee was believed to have health benefits and it was marketed as a potential cure for diseases like smallpox2. 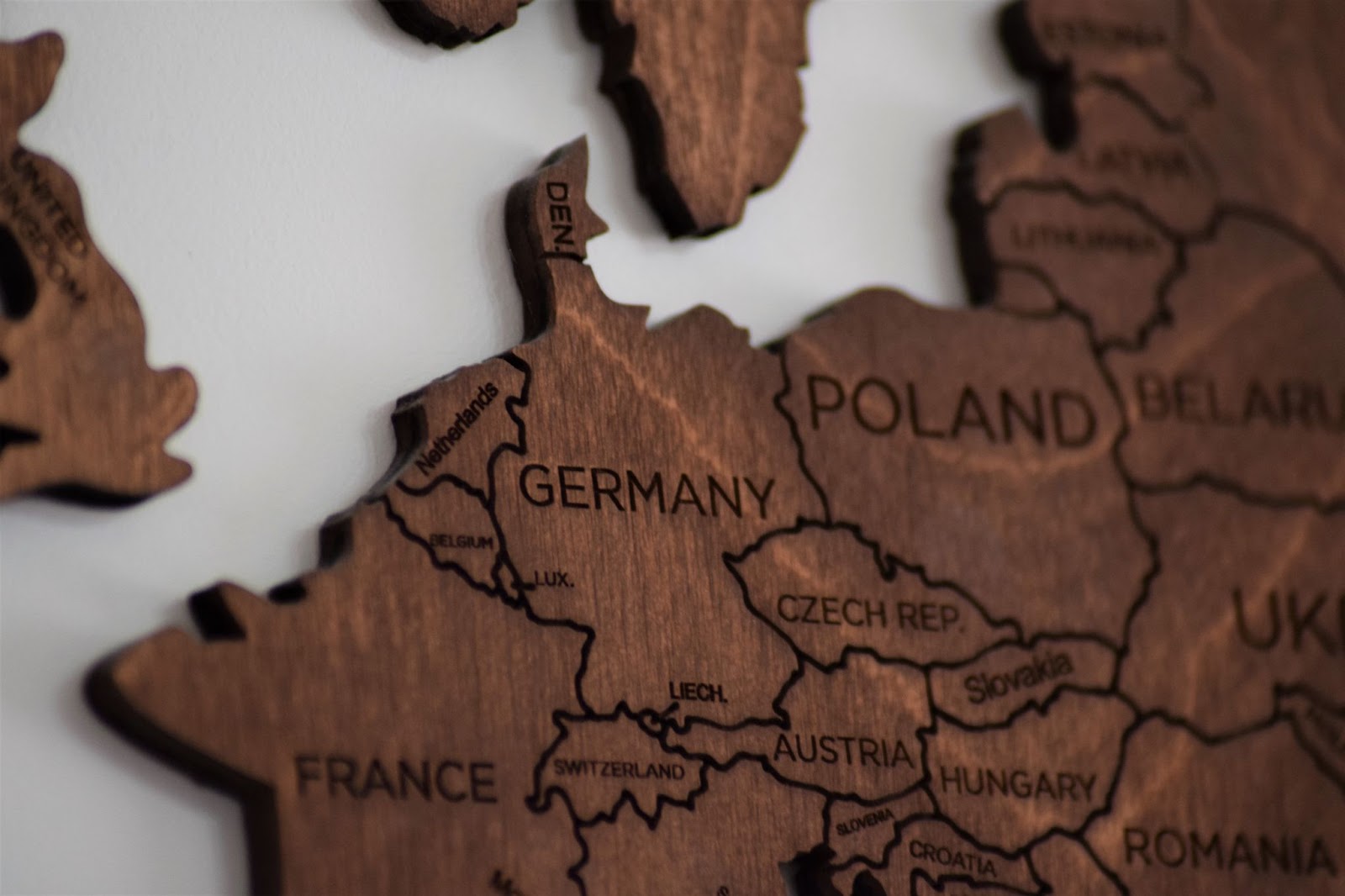 The drinking of coffee spread throughout the world in the sixteenth and early seventeenth centuries. It started spreading more throughout the Middle East, and then into Europe.

Eventually the practice of drinking coffee became commonplace in places like Persia and India in the sixteenth and early seventeenth centuries.

Thereafter, coffee cultivation began to extend beyond the Middle East, mainly due to the Dutch, who were major players in the international trade and shipping space at the time.

They were able to bring coffee plants to new colonies in Asia, Africa and South America. Coffee then became a popular drink in these new areas, and eventually began to spread all over the world.

However, when the Dutch took control of parts of Ceylon (now Sri Lanka) from the Portuguese in the mid-1600s, they found small coffee plantations begun with plants brought in by Arab traders. The Dutch began to grow coffee themselves and soon, coffee was being exported from Ceylon to Europe.

The first botanical description of coffee was made in these gardens by French botanist Antoine de Jussieu3. This plant is now known as Coffea arabica, and it's been cultivated for over four centuries.

At some point in time, the Sufi mystic Baba Budan reputedly smuggled coffee seeds from Yemen to India.

This region is now known for its high quality of grown beans and it has become one if not the most popular places where people grow these crops because they're so well suited there climate wise.

Coffee’s spread to the West is attributed largely as a result of Columbian Exchange: The transfer between two continents that followed Christopher Columbus' voyage in 1492 and brought new plants, animals, ideas or diseases with it.

In parallel to this, the Dutch took coffee cultivation to new heights in their South American colony of Dutch Guiana (now Surinam) when they established it there as early as the 17th century. At about the same time, an Amsterdam resident presented King Louis XIV with what would become one his favorite beverages: Coffee!4

Many people think that coffee plants were smuggled into Brazil in 1727, leading to the beginnings of the world's largest industry.

Coffee is Brought to America

Long before Starbucks was founded in Seattle, coffee proliferated throughout the United States with the help of one John Smith

Captain John Smith, who founded the colony of Virginia in 1607, is largely credited with introducing knowledge of the beverage to America after having discovered it in his travels to Turkey5.

Historians maintain that the earliest reference to coffee being consumed in America was in 1668, where it is thought to have been available in the city of New York6.

A further explosion of interest and consumption of coffee occurred in the late 1700s.

The colonists in the British North American colonies had been drinking tea since 1713 when it became popularized by Brand England.

However, after a series of taxes were imposed on this beverage by King George II's government to pay off debt from their war against France.

The Boston Tea Party may have been a turning point in American history, but it wasn't the only thing that caused chaos and destruction. 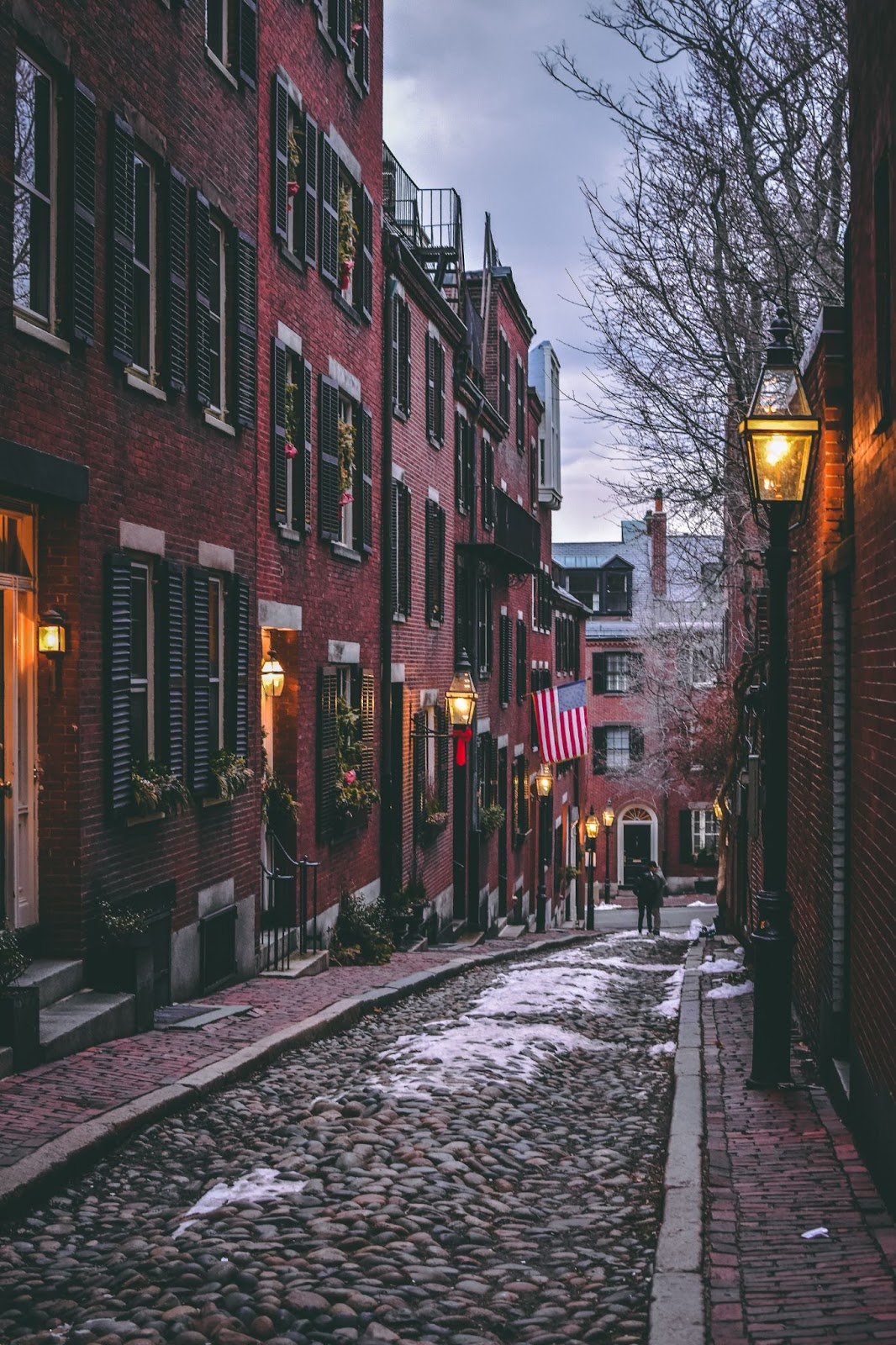 Coffee became popular after its use as an anti-British beverage during this time period spread throughout North America with people drinking more cups of "coffee black" per day than ever before.

Today, most coffee is produced in "the bean belt" - a region that has perfect conditions for coffee production, with steady temperatures and rich soil. In this area there's always some type or shade from intense sunshine so even though it may be hot outside you're sure to get enough water as it rains frequently!

With about twenty-five million people now depending on coffee cultivation and export, it's no wonder that this simple plant has been an important part of many economies for centuries.

The ICO reported that the top ten coffee-producing countries in terms of production are Brazil, Vietnam and Colombia. The next five on this list include Indonesia; Ethiopia followed by India then Mexico7.

Of course, Brazil is known for its coffee. 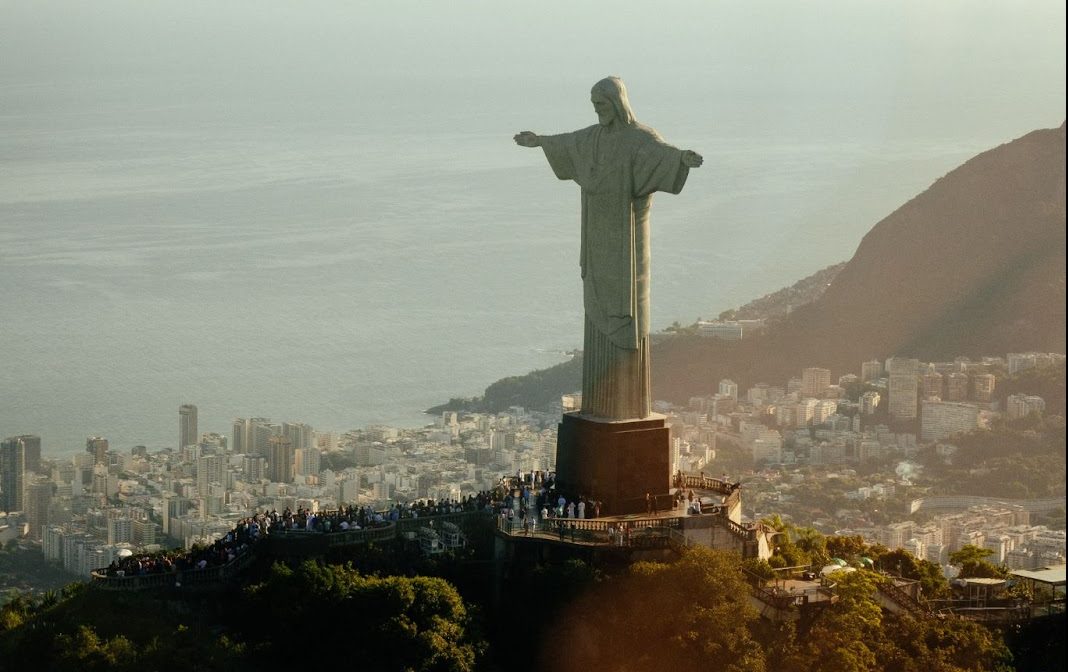 One-third of all global production comes from this country, and many connoisseurs say that Brazilian growers preferred quantity over quality while they had been under a quota system placed by the local institute who monitors these policies in place to maintain standards on their staple product.

There's some truth behind what you might hear - there were times when Brazil imposed restrictions such as limits or quantities depending how much land could be cultivated with regard only to arabica beans (the type used primarilyIn Western Europe).

However, since the removal of quotas in 19898, consumers have been able to purchase beans from a single estate and enjoy an increasing variety.

When selecting coffee, the buyer has more options than they know what to do with.

From various growing regions in countries around the world and from different types of roasted coffees like Arabica or Robusta plants - which ones give you that perfect flavor? The truth is there's something for everyone.

The “Cup of Excellence” (COE) is an annual competition meant to recognize the highest quality coffees in each participating country. It was started in 1999 and the “National Winner” program was launched in 2016. The COE competition based on cupping evaluations a National and International Jury from around the world.

What is the world’s largest Coffee Market?

The largest market for coffee in the world, according to the ICO, is Europe (https://www.ico.org/prices/new-consumption-table.pdf).

Why is coffee grown in the Bean Belt?

Coffee plants grow best in areas with consistently watm temperatures, a large volume of tain fall, and higher altitudes and he coffee Bean Belt refers to places that all of those attributes in common.

Where does most coffee consumed in the U.S. come from?

According to the USDA the U.S. imports most of its coffee from Brazil (30 percent) and Colombia (21 percent). https://apps.fas.usda.gov/psdonline/circulars/coffee.pdf

More In Depth Articles Relating to the History of Coffee

The Different Types of Coffee Beans
Privacy PolicyTerms of Service