Make Your Own Coffee Brand

This is the first part of a larger guide on how to sell private label coffee.

If you want to build your own coffee brand you'll need to think through the following steps:

1. Determine the focus of the Coffee Brand.

2. Determine what the brand will do well.

3. Determine what the brand won't do well.

5. Choose how you will "build" the brand.

This walkthrough is intended for those wishing to eventually begin selling coffee online, but who do not currently sell coffee. If you're starting from scratch and looking to build your own coffee brand than this guide will take you through the most important considerations to get you started. 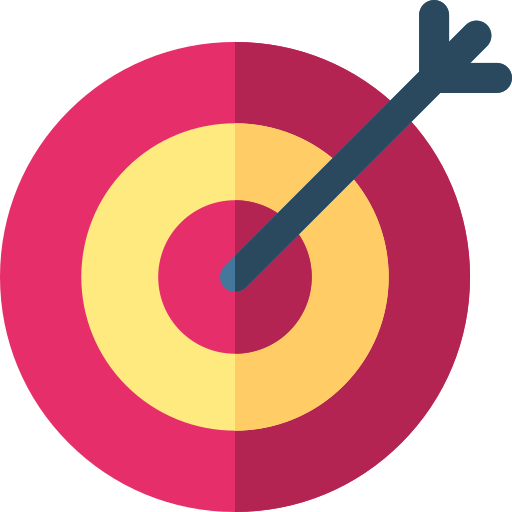 Determine the Focus and Direction of the Brand

You need to start by thinking about what you will be selling. Of course we know you'll be selling coffee. But what will you *really* be selling?

Something affordable for people who drink large quantities of coffee, and are likely to order in high volumes if the price is right?

Or people who have very specific tastes in coffee? Looking for "third wave" coffee or some type of premium option?

Yes, you can expand your product offering and customer base later on. But in the early stages you won't to laser focus on the specific customer you will sell to and specific product you will sell. Once you define that with as much precision as possible, the type of brand positioning will become clearer.

For instance, you might say "I know there's a market for premium decaf coffee". The type of customer likely prefers decaf because they are more likely to drink it passed noon.  Perhaps they see coffee as the perfect after supper digestif. They might be less price conscious because finding a good decaf (like a really good decaf) is not as easy as getting other types of coffee.

What kind of brand would appeal to that type of customer? Perhaps once that emphasizes quality and and understanding that a segment of coffee drinkers see it as something that follows a good meal?

Suddenly ideas as to how to position and name the brand become clearer. You might name it something like "After Dinner Coffee Inc". Or "Digestif Decaf".

Imagery you associate with the brand, the product photos etc, would almost certainly show the coffee along with a (half finished) meal or dessert. "Have Coffee For Desert" seems like an appealing tagline as well.

To answer the question: What am I *really* selling? Well, in this case you're selling an after supper experience. That's the way you'll think and talk about the brand whenever promoting it. 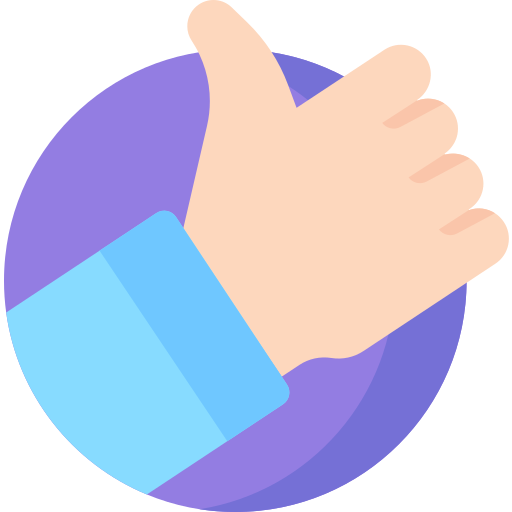 Decide What the Brand will do Well

To continue our previous "Decaf" example, let's say we're selling our after supper coffee. A decaf coffee isn't particularly exceptional, so the focus will have to be on quality. A great tasting decaf coffee, with flavour notes that work well with accompanying dishes, ideally something sweet like a dessert, is the selling point.

So the coffee brand will choose to invest primarily in making that after supper experience / desert coffee happen. Sparing no expense when it comes to sourcing quality coffee beans that are carefully roasted and consistently produce a coffee that is textures and sweet.

Any work or investment that support this aim is non-negotiable. Corners can be cut elsewhere, but the coffee has to consistently deliver the promise of great quality and sweetness.

Moreover, when it comes to marketing or talking about the brand the focus should always be on the above elements. The first thing, and sometimes the only thing, you would say about the coffee is that it provides a fantastic after support experience without keeping you up at night. Everything else comes secondary. 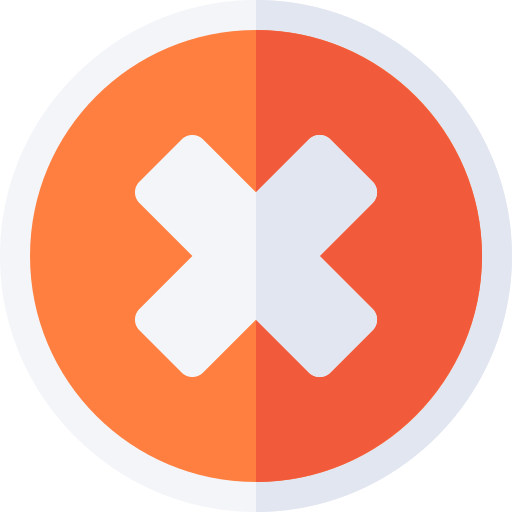 Decide What the Brand Won't do Well

As Michael Porter says, "The essence of strategy is choosing what not to do".

It's important to decide in advance what the brand and product will not do well. This can be harder than it seems. You will at some point be tempted, often repeatedly, so design your product so that it appeals to a broader market.

Porter elaborates on his famous thought by using Southwest Airlines as an example:

“Southwest’s rapid gate turnaround, which allows frequent departures and greater use of aircraft, is essential to its high-convenience, low-cost positioning. But how does Southwest achieve it? Part of the answer lies in the company’s well-paid gate and ground crews, whose productivity in turnarounds is enhanced by flexible union rules. But the bigger part of the answer lies in how Southwest performs other activities. With no meals, no seat assignment, and no interline baggage transfers, Southwest avoids having to perform activities that slow down other airlines. It selects airports and routes to avoid congestion that introduces delays. Southwest’s strict limits on the type and length of routes make standardized aircraft possible: every aircraft Southwest turns is a Boeing 737.

What is Southwest’s core competence? Its key success factors? The correct answer is that everything matters. Southwest’s strategy involves a whole system of activities, not a collection of parts. Its competitive advantage comes from the way its activities fit and reinforce one another.”

For instance, let's say everybody loves your decaf coffee. So you start to recieve emails from customers asking when you will make a similar quality coffee that's fully caffeinated. It might be very tempting to look into that, especially since your current customer base has indicated interest.

Moreover, you might think "Well, if I don't provide this they will go somewhere else to get it - why shouldn't I be the one to get that business?".

But what might end up happening is that you launch a new caffeinated coffee, and suddenly find yourself competing in a whole new landscape. Additional time, effort, and money will need to be put into finding a source of wholesale coffee that meets your previously set standards for quality, going back and forth to refine the roast and taste, and then ultimately promoting this new type of product.

Whatever marketing materials, online promotion etc.. that you have established (and paid for) will now have to be further changed to incorporate your new product.

You were once the "Decaf Coffee" master, so a lot of work will have to go into becoming something more/different.

Not only that - but you image as an expert in after supper coffee experiences likely took a while to really take hold in the minds of consumers. Now that you are diversifying away from decaf exclusively, will that same perception of your brand and producs still exists? What will it cost to win that back?

If that's not enough, you also have to appreciate that the decision means you are now competing with other coffee providers and many of them have chosen to focus on one single specialty.

So now you're no longer taking advantage of your strength and are at a disadvantage competing against competitors who are 100% geared to mastering and selling caffeinated specialty coffee. That's not a position you want to find yourself in, unless you're very certain it's worthwhile. 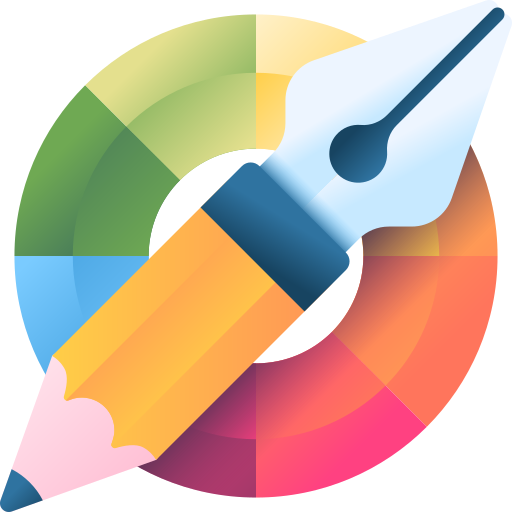 The brand image should reflect the exact aspect of your coffee brand that distinguishes it from competitors. The image is important, not only to inform your marketing materials but to inform customers who may have never tried your coffee what the coffee is really "about", particularly in cases where you're selling online and people don't have a chance to try before they buy.

Continuing with the After Supper Decaf example, the brand image in this case would support the underlying specialty. Quality decaf, made to drink as a digestif.

The name, logo, and even any colours used on the website or packaging should reflect the value and purpose of the coffee, distinguising it in the market.

The product photos, as previously mentioned, should also take into consideration the brand image and positioning.

All these aspects of the coffee should be made to communicate and call attention to the fact that this coffee is high-quality, specialty coffee that is typically consumed in the evening. Calm, dark colours would make sense. In fact anything that positions the taste of the coffee well ahead of typical attributes (like high energy and wakefullness) would be advisable. 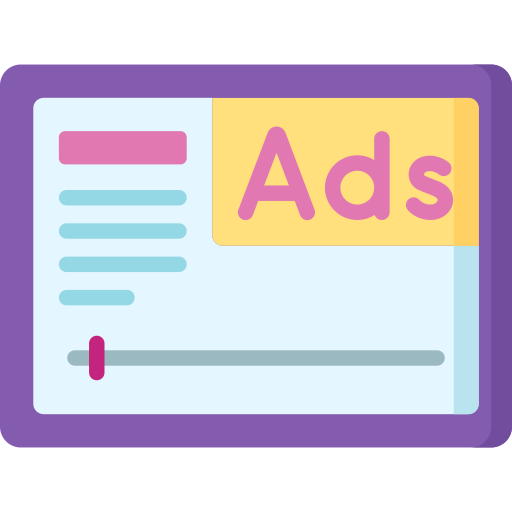 Choose How You Will Build the Brand

This thought process should ultimately shape, in no small way, the execution of your marketing. Coffee, particular premium / specialty coffee from our example, does lend itself well to imagery.

If you are promoting your coffee online or offline you'll want to make sure all the decisions you made to support the brand definition of your coffee are informing your tactics. For instance, you will likely consifer advertising the coffee in the following ways:

Packaging your coffee in a compelling way

Blogging about your coffee

All these promotional tactics can and should mirror the larger "story" you want to tell.

Taking our Decaf example once again, we would look to leverage Facebook or Instagram ads with visuals of the sun setting next to our coffee, for instance. There's no upside to being subtle here - we want to use these promotional investments to immediately call attention to the fact that this is a coffee that you can enjoy in the evening.

In writing / blogging about the coffee, the topics will likely focus on the in depth and rigorous processes that are used to consistently provide a premium quality roast, while also suggesting meals that are bested complimented by the coffee.

While these are just examples, the larger takeaway is that once you have fully defined your brand, its image, and how to articulate it you'll need to follow through and ensure that all your promotional materials, and even your packaging, reflect it.

The key point to take-away is that your brand needs to be thought-through, with an eye towards reflecting the tastes of your precise target customer while distinguishing your offering from the competition.

It's also equally important to commit to the brand and what it represents to ensure your investment and efforts ultimately pay off.