How Coffee Beans are Roasted

The Ultimate Guide to Coffee > Roasting, Grinding, Storing, and Brewing > How Coffee Beans are Roasted

The Guide to Grinding Coffee Beans > 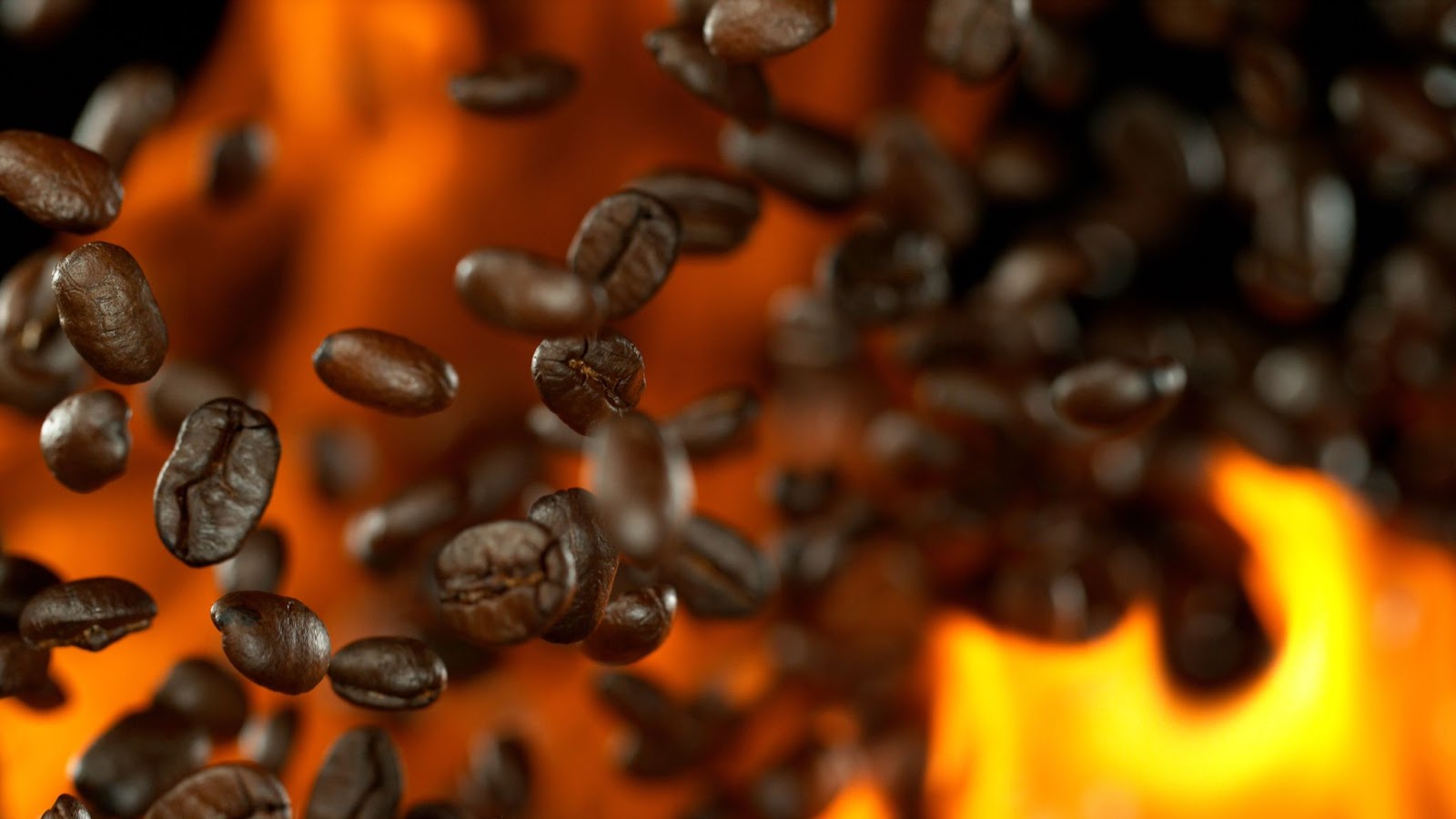 This page will give you a detailed overview of the roasting process for coffee beans. We’ll cover different roast styles as well as different roasting machines and considerations so you have a firm grasp of what is involved in actually roasting coffee.

The intent of roasting the coffee beans is to increase the degree of chemical complexity and unlock the flavors and the aromas in a way that makes for an appealing cup of coffee.

There’s a number of chemical reactions that will take place during the process, and these reactions combine to create what we refer to as the Maillard reaction.

In the Maillard reaction molecular compounds are born through the combination or destruction of different sugars, proteins, and amino acids. It’s this process of combining and destroying that yields to the flavor.

Now green coffee will contain plenty of aromatic molecular compounds (close to 250, in fact) but during the roasting process that number jumps to well over 800, hence the end result is a much more rich and flavorful profile.

This video produced by Insider does a great job ilustrating what the coffee roasting process looks like:

Roasting Effects on Color and Taste

The coffee beans change color during the roasting, beginning as green coffee beans and then initially paling. The green color gives way to more a yellow looking appearance as the beans heat up.

The beans will continue to heat up and look more and more yellow up until they reach the first crack. At this point the yellow will begin to look more brownish. It’s also at this point that you can begin to detect more aromatic notes.

The coffee beans will continue to get more brown and will imperceptibly expand in size. This is the point at which the Maillard reaction happens.

The coffee beans which at this point are light brown will achieve the first crack and once that’s finished the coffee beans are expanded and the overall color starts to look more consistently medium brown.

The coffee beans will continue to get darker in color as they head towards what’s called the “second crack”.

Shortly before the second crack happens a faint amount of oil will begin to lightly coat the bean as a sign that the oils are being released through the roasting.

The bean, at this point, will have a fairly prominent flavor and will look dark in color.

The bean, if desired, can be taken further all the way to a dark roast where sugars start to caramelize leading to a more distinct and ashy flavor. 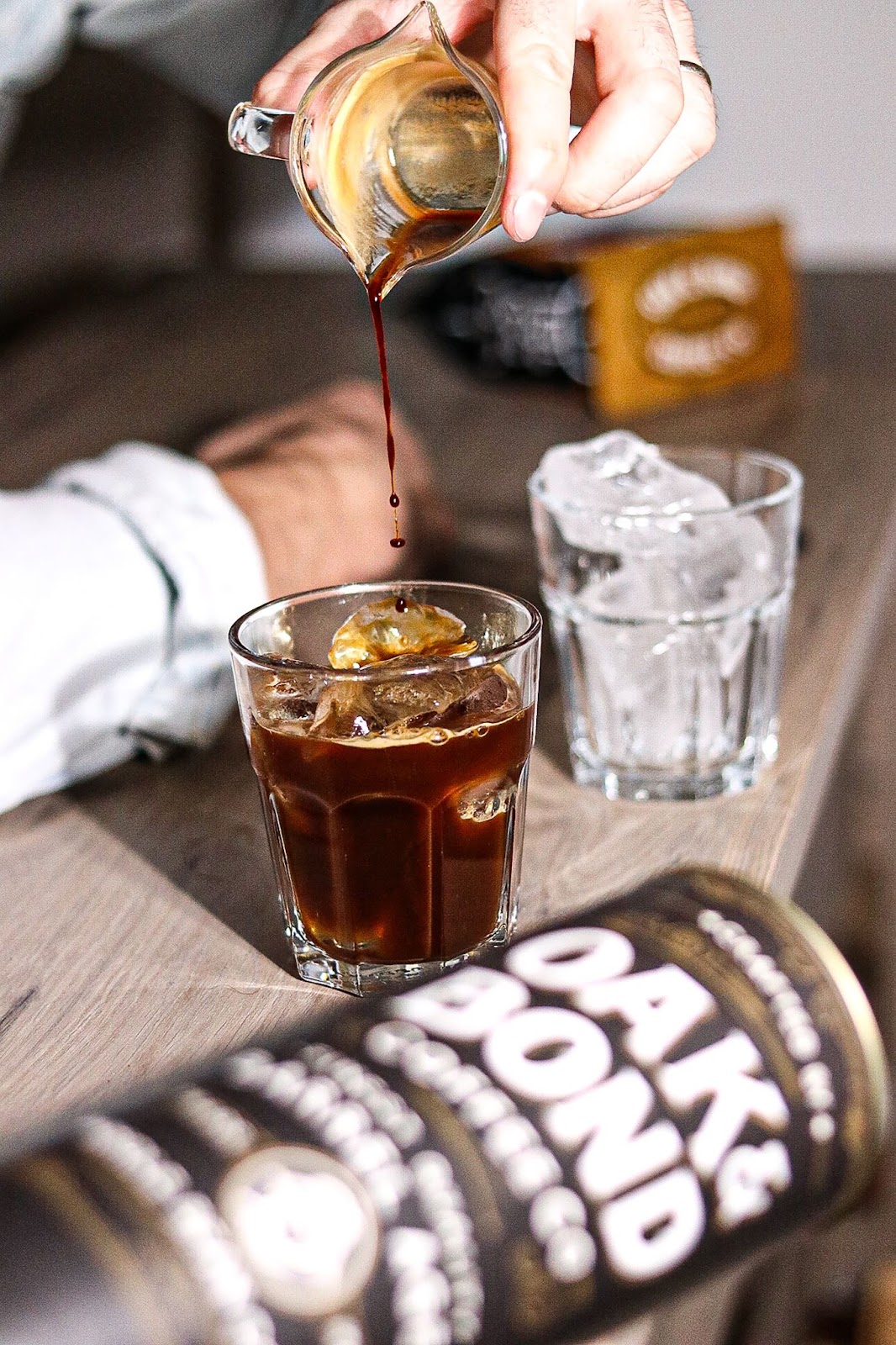 Midway through the second crack. Choosing when to stop depends on the level or roast that is desired.

Third Wave Coffee is a movement that was informed by the experimentation of roasting methods that were different from this traditional process.

The term Third Wave Coffee came into the collective consciousness of coffee professionals and connoisseurs sometimes around the late 1990s.

The so-called “First Wave” refers to the introduction of ground / instance coffee and its popular appeal.

“Second Wave” coffee is the term used to refer to the popularity and proliferation of espresso machines as well as the development and success of franchises like Starbucks.

Third Wave Coffee stands in contrast to the first and second wave as more of a movement towards what its proponents consider to be a more ideal coffee production framework that is more consistent with high quality artisanal coffee vs using coffee simply as a means to get needed caffeine and sugar intake.

Typically those involved in the movement make sure to source their green coffee beans from individual farms and pay very close attention to the different regions, species, and processing methods used to the extent that they influence the quality and taste of the coffee.

Traditional coffee producers focus a lot of time and money on the roasting process while Third Wave Coffee producers are equally if not more concerned with the types of coffee plants used and their origins and environments.

Their efforts tend to be more focused on roasting in order to enhance or unlock the unique flavors of each species or origin.

Because the third wave movement is so concerned with the taste and integrity of the coffee beans they tend to eschew darker roasted coffees as that type of roast can overwhelm the subtleties found in each varietal, leading to coffee from different plants more or less tasting the same.

Most “Third Wave” Coffee roasters would agree that the higher the grade of coffee bean, the lighter the bean should be roasted in order to retain the distinctions and nuances of high quality beans.

You’ll find there are several different roast “styles” and they’ve often been named after specific countries in which they first became popularized.

Roast styles can be quite complex as they can include combinations of roasting length, color, and varietals all in combination.

Different coffee beans will roast at different speeds and temperatures, and each can offer unique aromatic and visual attributes at different stages of the roasting process.

You can sometimes - thought not always - discern the roast style of coffee by looking at the color of the coffee bean.

Although, for all the reasons above, (the nuances found in different species, origins etc..) this can sometimes be misleading.

Generally speaking the best way to evaluate the roast level or style is by looking at the overall texture and appearance of the coffee bean.

Usually a bean that looks shinier will have been roasted longer and thus will contain more pronounced flavor. If a bean looks flat or dull that will typically mean it’s only been roasted to first crack.

Roasting machines will come in a variety of sizes and are usually constructed to achieve the same effect. They will usually include:

A flame that heats up the environment and air around the beans, with a mechanism a coffee roaster can use to ensure the temperature is consistent.

Either a drum OR a “hot-air bed” used to rotate beans so they circulate evenly around the heat.

A drier which will cool the coffee beans once they are removed from the roaster. 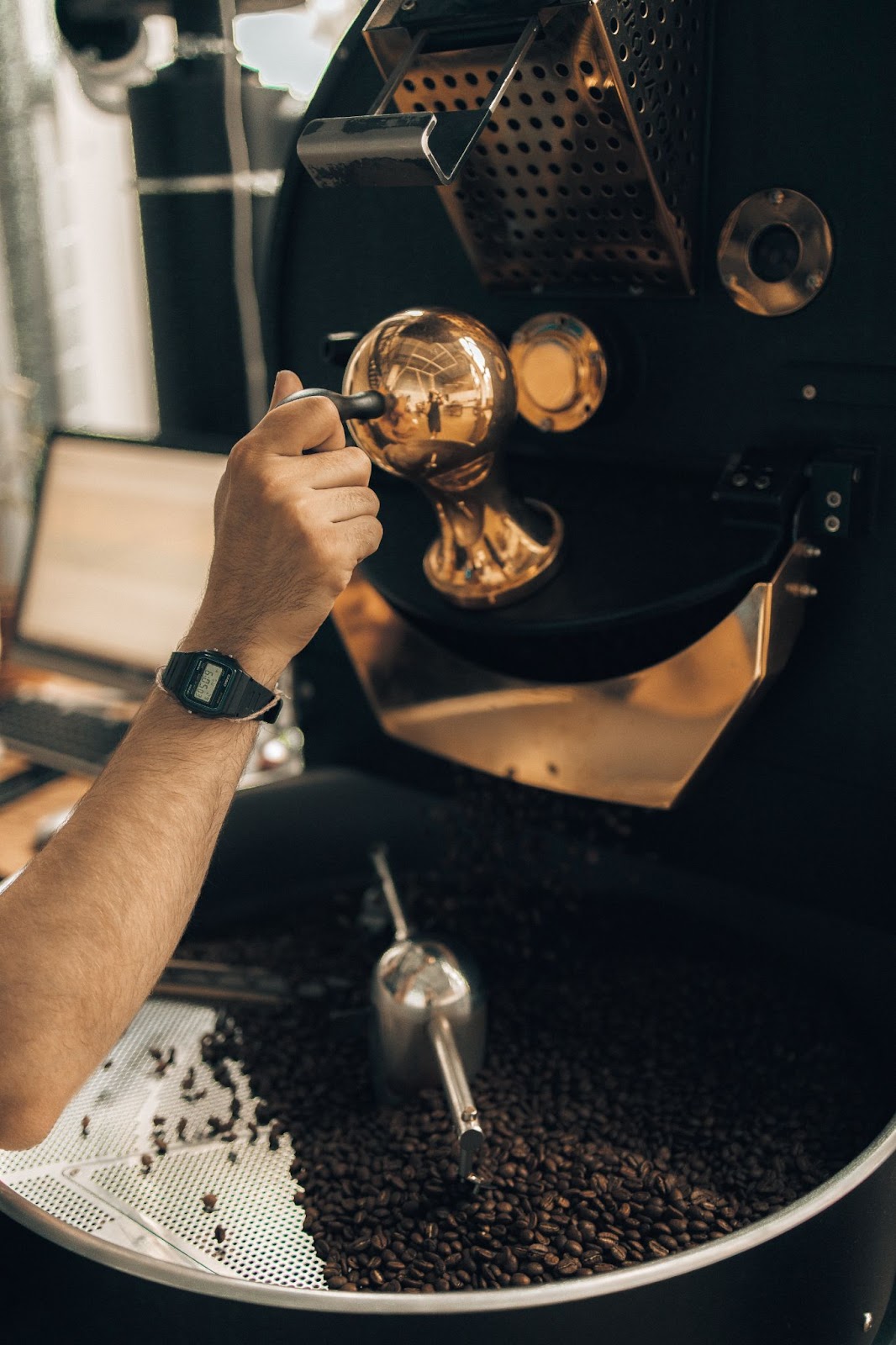 Both types of machines are typically very large and expensive. They are really built to roast large batches of beans for commercial purposes.

The stages of coffee roasting are categorized as:

Is second crack louder than the first crack?

A “louder” second crack is debatable, but it’s fair to say first crack and second crack sound different from each other.

First crack tends to be reported as sounding like deep popcorn-like popping.

Second crack is loud but sounds “lighter” and is more characterized by accelerating “crackling” sounds vs deep thuds.

What coffee roast is least bitter?

The lighter the roast, the less bitter the coffee. Light roast coffee tends to be a bit sweeter as well. That said, it is often more acidic and can taste underdeveloped (to some).

What are the four different coffee roast types?

The Guide to Grinding Coffee Beans >