The Ultimate Guide to Coffee > Where Does Coffee Come From? > Coffee Bean Plants & Seeds

< The Different Types of Coffee Beans 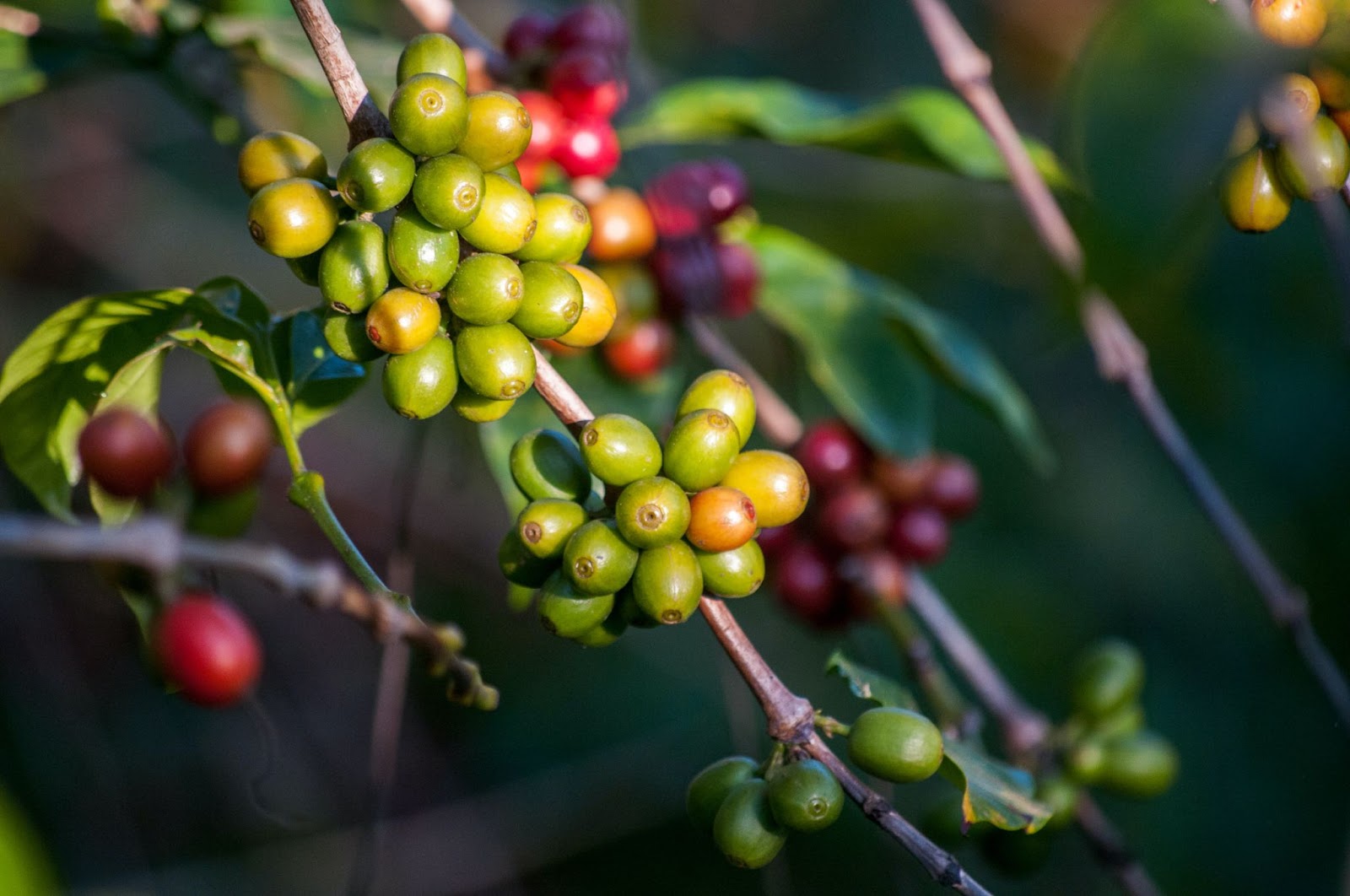 The beans are dark brown when they are roasted. In the raw state, they are green and have a grassy taste. They also emit a very strong aroma.

The coffee tree has evergreen leaves and produces clusters of flowers that form into fruits.

Coffee beans are the seeds of coffee fruits. These fruits are drupes, classified as such by the fact that they do not split at maturity. The coffee fruit is green and the coffee bean is white.

The soft, fleshy exterior of the fruit surrounds the seed we know as the coffee bean.

The coffee cherry is more commonly called a berry or cherry in the industry. They are typically around 1.5 cm in diameter and are made up of two parts: the pericarp and the seed.

The pericarp is the skin of the cherry that surrounds the seed.

The Endosperm and Cotyledon

The seed is what we are most concerned with in terms of coffee production, because it's composed of two parts: the internal endosperm and the external cotyledon.

The endosperm is composed of carbohydrates, proteins, lipids, minerals, vitamins, and other organic compounds that provide nourishment to the seed.

The cotyledon is composed of cellulose in most varieties of coffee, with some containing significant amounts of protein.

At the base of the berry there is a stem attached which directs nutrients to the cherry during growth.

Some coffee seeds come in pairs, but not all of them do. Most coffee seeds are found in fruit, and these usually have two seeds.

Very rarely you will find a coffee fruit that produces just one seed. These seeds are called "peaberries".

Some people like peaberry coffees. They have a better flavor and they are sweeter.

This is because the nutrients and compounds that would usually be split between two seeds are all in one.

Some people don't like peaberries, because there is a higher chance of something going wrong with the plant that makes it not work as well as it should. 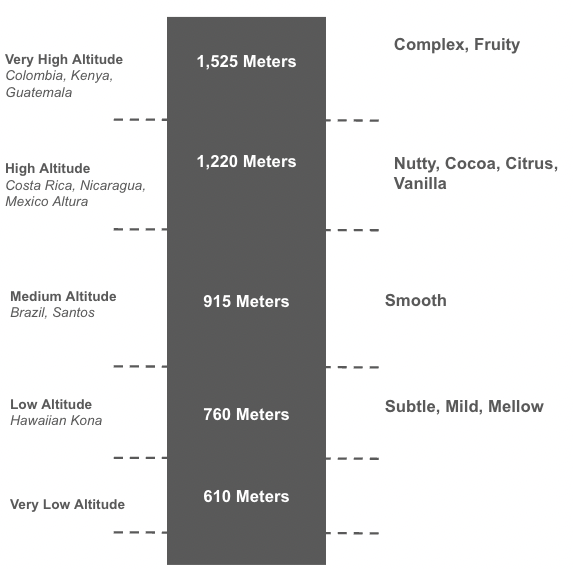 Coffee beans have a lot of different flavors depending on where they are from. The climate and the land where they grow affects the taste of the coffee.

Beans that are grown at high elevations last longer because they have time to develop their flavor. This is done by a process called extended maturation.

Coffee beans grow best at high altitudes, but they are more expensive to grow.

In fact, it takes a long time for the coffee beans to mature.

And if someone has to pick the coffee bean from the plant, they will only pick some of them instead of all of them.

Low-altitude coffee plants grow faster and produce more beans, but the beans need to be roasted differently than those from high altitudes.

Coffee beans of course are grown at different elevations. Low-elevation varieties have softer beans because they grow quickly.

These types of beans are not as good for dark roasts, but if you want to roast them lightly, they taste earthy or bland.

At high elevations, Robusta coffee grows well because the conditions are tough and it is better suited for it.

The altitude where the coffee plant is grown is a big factor in how it tastes.

Robusta coffee beans have more caffeine than Arabica beans. Some people say that this makes the plant stronger and better able to survive in difficult environments often encountered at low altitudes.

Some scientists think that coffee in a place where it is not too high has low caffeine because it needs to be safe from insects.

Coffee plants grow flowers. These white flowers tend to be star-shaped and large enough coffee plant can produce up to 40,000 coffee blossoms. The flowers are quite aromatic, with strong notes of vanilla, and are even used in some luxury perfume products like “Mountain Blossom by Fleur de Cafe”, which was developed by the well known fragrance designer Sabine de Tscharner.

Can you grow coffee from a coffee bean?

What is the skin on a coffee bean called?

The outer skin is referred to as the “exocarp” and is technically part of the outer later of the the pericarp of the coffee bean.

The Different Types of Coffee Beans